With the announcement of the Apple HomePod, and the upcoming Amazon Echo Show, we believe the voice digital assistant space has moved beyond early adopter experimentation and is now a viable category that every smart Marketer must consider as part of their digital strategy. 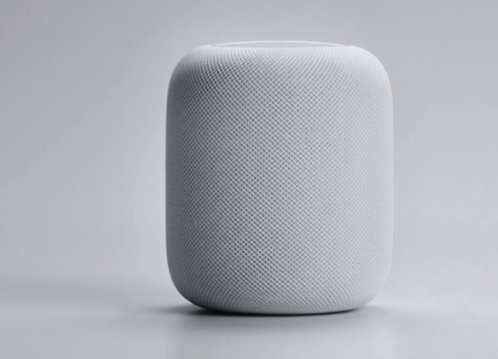 What is Apple HomePod, and how's it used?

Apple HomePod, like the Amazon Echo and Google Home is a voice controlled speaker that allows users to get the latest news, order a pizza, control their thermostat or get answers to their most burning questions. The Apple HomePod is Siri in a box. A box that is always on and capable of listening to your voice requests and taking action on them.

Who's buying these devices? How big is the market?

This year, 35.6 million Americans will use a voice-activated assistant device at least once a month, according to research firm eMarketer. And that's heating up the rivalry among the tech giants competing to get inside your home. 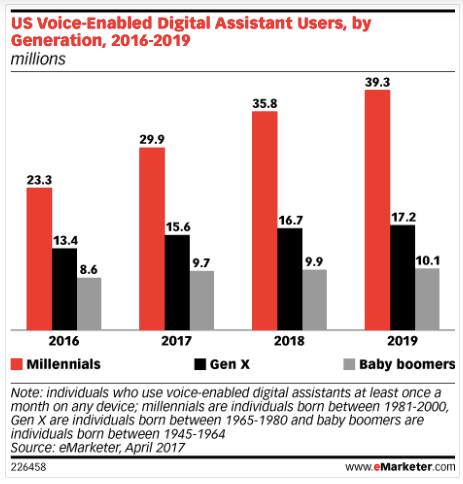 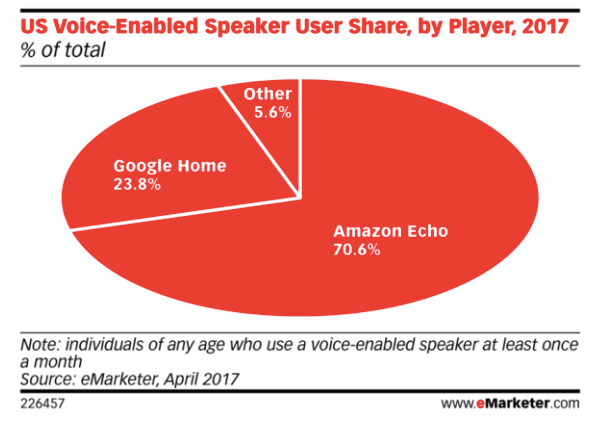 As of today, Amazon is dominating the voice-controlled speaker market, according to a new forecast from eMarketer. The maker of the Echo-branded speakers will have 70.6 percent of all voice-enabled speaker users in the U.S. this year – well ahead of Google Home’s 23.8 percent and other smaller players.

The new report backs up another from our pals at VoiceLabs, which also found that Amazon was leading the voice-first device market, thanks to Echo’s popularity.

While the market itself is not expected to be a winner-take-all scenario, competitors like Amazon and Google will win entire homes, as most consumers have said they wouldn’t consider buying a competing device once they already own one voice-controlled speaker. Even ore reason for Apple to have a horse in this race.

What can I build?

With Voice apps (Amazon calls them "skills") you can develop experiences that drive new users to your mobile app, increase existing user engagement or as a marketing extension of your brand. Some examples:

Drive new users - as a marketer, you can never have enough new users. Filling the top of your funnel is an ongoing effort, and we think voice is a great opportunity to attract new users to download your mobile app. With voice, you can offer a subset of your content or functionality, driving users to download your mobile app for additional functionality. Some great examples today include the game show Jeopardy! , Allstate and The Motley Fool.

Increase user engagement - attracting new users is tough, keeping them engaged and active is even tougher. Voice presents a great opportunity to extend out core functionality that lends itself to voice in order to increase engagement. For example, Virgin Pulse is a fitness app that uses a voice skill to allow users to update their healthy habits and quickly hear how they are doing against their goals. American Express is a great way to quickly check your account balances or play catch up with last night's episode of the Tonight Show.

Brand extension - in our opinion, the most interesting opportunities lie with the ability to create voice specific brand extensions to your existing property. Both as a way to drive publicity and deepen the relationship with your audience. Ultra95 by Anheuser-Busch builds on the low carb, low calorie positioning of Michelob ULTRA, Leftover recipes by Glad extends the benefits of storing food and take a guided whiskey tasting with Johnnie Walker.

How to get started?

As the leading Voice agency in the U.S., we've built a ton of voice skills and have learned what works (and what doesn't) across all the new digital assistants and voice-controlled speakers. For a limited time we're offering a no-cost consultation to help you get your arms around this new opportunity. Simply contact us at alexa@rocketinsights.com to get started!

iOS Universal Apps: Why and How

At Rocket we've developed many apps that need to support iPhone and iPad. Xcode provides built-in support for configuring…