Working on significant projects means working with a large code base and a multi-person team. Multi-person teams are fabulous for so many reasons -- code reviews, someone to bounce ideas off of and your nerf gun ally.

However, one thing that is not fun about multi-person teams are source control conflicts. You finish a feature, got to merge/rebase and you get a conflict. Ugh!

We almost exclusively use Storyboards for our iOS projects. And, by now, we're pretty sure the rest of the world does too. Using a single storyboard file is traditionally how a lot of projects are done. This inevitably becomes the biggest source of conflicts.

The aha moment is realizing that you can use multiple storyboards in your project. A great approach is to maintain a separate storyboard for each large 'functional' area. How you define functional area is dependent upon your particular app -- but here is how it could look:

Whenever you transition from one functional area to the next you need to access a viewController. You can then use the standard APIs to transition using the acquired viewController. The question is, without the use of segues what is the best way to get a hold of the viewControllers that live across storyboards?

A solid approach is to do the following:

Simple, organized and a huge reduction in conflicts. Huzzah!

Using multiple storyboards is great approach. The only thing you lose is the ability to declare your segue types and visually see all of your connections between viewControllers.

Xcode 7 is doing a solid and providing access to do segues across storyboards. That means, no more excuses for not using multiple storyboards!

Here is how it works. 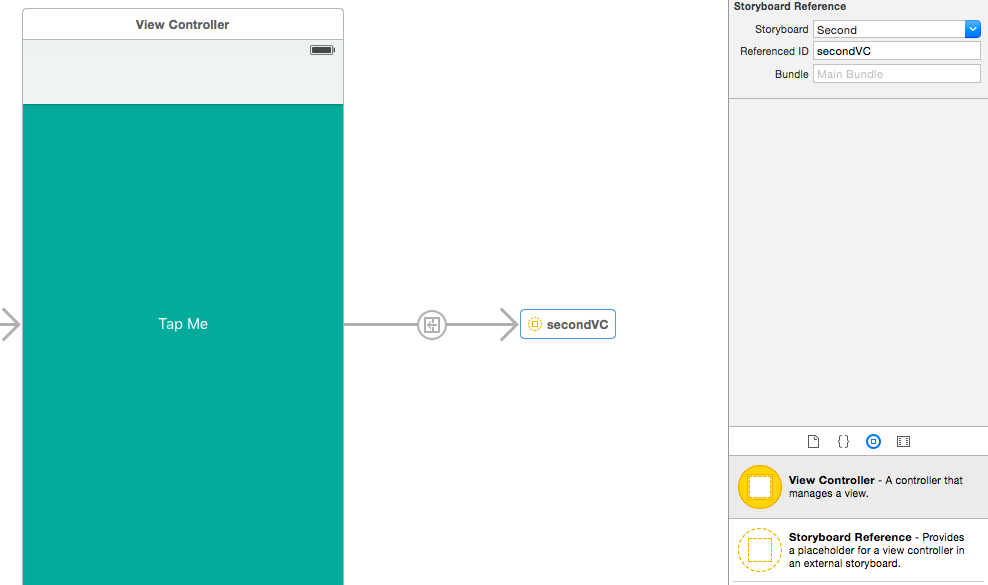 In fact, in Xcode 7 they are making it really simple to move to multiple storyboards. If you have a single storyboard you can refactor into multiple by tapping on a scene in your storyboard and then going to edit --> Refactor to Storyboard. Boom!

Observations of the Boston Tech Scene

The Next Feature Fallacy (or, the case for simple, working systems)

Tell me if this sounds familiar: You released the first version of your product some months ago and it…